Today we marked places on google maps and guessed how long it would take to get there.

Today we learned about Static Images. Static images are images that mean things for example a dove can represent peace.

Today we read a story about phobias. We then used the info from the book to answer the questions.

Where are you going / E haere ana koe ki hea. I have completed the slides, enjoy.

Today we learned about saying he aha to hiahia and how to answer. Here is a video of me and mt friend saying a tiny bit.

As my friend Aaron drops a ball covered in goosebumps that feel like sugar.  I smell the sweet smell of a lollie.  As I taste the strange ball my face quenches it is like a sour bomb in my mouth. My eyes feel like they are about to water. I sit there in shock, I did not expect the ball to be so sour. But the good side is that the lollie is only coated in sour the rest of the lollie is sweet. In the centre of the lollie is what I think is air because the lollie started to fizz. If you ever find this lollie I recommend only having one because if you have two your tongue is gonna burn. 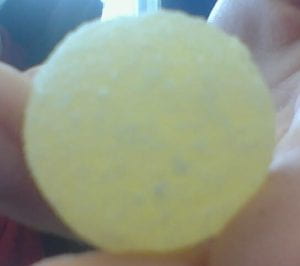 Once upon a time, there was an Ogre called Moran and a Princess called Chauny Rinna. The Ogre never knew its parents, no one ever liked him so he lives alone in a dungeon. Chauny Rinna was always loved; she could get shelter anywhere she needed. Things were different for Moran; he couldn’t go anywhere without people screaming and yelling. Sometimes people would try to kill or fight him. The thing is Moran is 7ft and has really strong thick layers so he can’t be pierced very well. Until one day Moran found away to get into the castle through the dungeon. Moran started to break the roof of his well I guess house. Days turned into weeks turned into months till Moran broke through his roof. (The roof was made of steel to keep prisoners from leaving, but that didn’t stop Moran.)

Dust falls all over his dark green skin. *cough cough* Moran looks up to see a very confused chef. “Are you ok” asks the chef “do you want to come in?”. Moran nods his head and climbs up into the kitchen. He looks around the room and sees lots of delicious food. “Who is that food for” asks Moran but it actually sounded more like this. “Who isd  fo fff or”. “The food?” “Yesh”. Moran walks over to the food and points at it and then his stomach. “Oh you’re hungry” Moran nods his head aggressively. “Help yourself to the salads, no ones gonna miss them.” Moran proceeds to stuff his face with salads and some meat here and there. Click the door swings wide open and a royal guard asks “what’s all this ruckus about ” he sees the ogre and starts yelling Moran gets frightened and hits him on the head. The guard falls to the floor with a *clank*.

“Well that could’ve been worse” comments the Chef.  “Well you better get going Mr…” “Moran” “Mr Moran you go through that hole in the floor and I’ll cover it up with this mat”. Moran jumps down into his dungeon and grunts goodbye. Moran sits there and plans what he is going to do. He goes through the sewer grates and eavesdrops on people to see if they like the current king and queen. It seems that most people don’t like the way they rule, but they are getting old and their daughter Chauny Rinna will be taking charge. Moran tells “Miss Chef” and they plan how to become the new King and Queen. The thing is they will have to make sure that no one knows Moran is an ogre.

After about a week they have their plan ready. Miss Chef invites the richest and most popular people in the town to eat. She then feeds them a secret recipe with some help from Moran. The food they’re about to eat makes them really drunk really fast. Now she tells them about her idea of becoming Queen. Because they are drunk they sign a contract that says they will be loyal to her and Moran. The next day they remind them about this and the people that signed have to vote for them. Now that the people with money and fame are voting for them it’s just a matter of time before they overthrow the King and Queen.

1 month passes and tomorrow the voting happens, but the unexpected just happened. Vikings have invaded all land around them. Their army is nowhere near strong enough to defend the castle. The vikings are banging on the castle door. The end is near. All hope for the King and Queen has been lost, their plan has been ruined. That is until Moran decides to help defend the castle. The soldiers at first were terrified, but they realised that they were going to die anyway. As the door bursts open and the vikings come swarming in like ants. Moran isn’t scared, he just swings his enormous spiked club. Taking out large groups of vikings in one go. The soldiers start cheering in relief as Moran beats up the vikings. He did it the village is safe and the townsmen and women voted for Miss chef, Moran was made the army general. The vikings never came back to the village instead it was the Romans, but that is a story for another time my friend.

“Hey Chaun, are you going to be on tonight?” “Yeah I’ll be on when I get home” replies Chaun. Chaun is my friend. He goes to the same school as me. He has longish black curly hair. He is very tall. “Hey Kris, have you played the new LTM” asks Aaron. Aaron is also my friend. He has chubby cheeks, a long fringe across his face, which he put to the sides of his face. He is a little bit shorter than me. I’m Kris and school has just finished and we are going home to play Rocket League.

When I got home I put my chromebook on charge, got changed and thought about doing some homework. Now I load up Rocket League and start to practice. After a while I get an invite from Chaun. I join his party and we do a 1v1! 3 2 1 go! I start driving towards the ball using my infinite boost. When I hit the ball it goes to the wall I start to chase, Chaun got bumped off by the ball because you know I’m just too strong. Once I get to the ball I hit it towards his goal. Chaun starts driving as fast as he can to the goal.

I dribble the ball across the wall to centre it. I drive to the middle and the ball is lining up, but Chaun does an aerial and flies and he hits the ball. I turn around and try to hit the ball back, but Chaun is already there. I start to fall behind him and it gives him an open net. I start to yell “no no no noooo”. He scores. I still have a chance. It’s 1-0 with 3:58 mins left. I decide to play it safe. Chaun comes driving at full speed towards the ball and hits it up into the air. The ball is flying at supersonic speeds at my goal. I look up and the ball hits the top of my goal and is bouncing towards Chauns goal! I see that Chaun has no boost left so I take my chance to score. It is now 1-1 all with 3:40 mins left.

1 min left. It’s getting intense. I need to beat Chaun. It’s still 1 all and Chaun has gotten a little too close to scoring. I’ve been playing safe for most of the game. It’s time to take the offence. I clear the ball and dribble towards his goal, but Chaun is already there. I get a fright and whiff my shot. Doing so Chaun takes the ball and dribbles into my goal. I slap my forehead and have to get a goal in 17 seconds. I remember what my friend Roman told me “When there isn’t much time left and you’re down by one, keep the ball on the wall and bump the opposition”. I do this strat and I hit the ball and start wall dribbling and I do it at speed to keep it going. Now I’m driving towards Chaun and BOOM I blow him up and the goal is open I score 4 seconds left. I feel the relief and excitement of my clutch goal and I hear Chaun moaning about how I hit him to score.

Today I learned about life in space. How there might be other life in other planets.