Today we classified Polygons. I learned about polygons.

Today we had a immersion assembly Mrs Nua helped other staff find the way because they were lost. First she called Mr Burt but Mrs McMillan picked up and said he was on the toilet. So Mrs Nua called Mr Jacobsen was lost near the bike shed Mrs Nua told him to go 5 paces west. Somehow he made it to Tamaki and then Mrs Nua told him to go 50 paces and he arrives from the field and joins Mrs Nua. Mrs Nua now calls Mrs Sorenson to join her. Mrs Sorenson gets lost near the library. Mrs Nua helps her join us in our immersion assembly. Now she recalls Mr Burt to check if hes out of the toilet, but Mr Burt has gotten lost he does not know his from the staff room. Mrs Nua proceeds to help Mr Burt to join us. Mr burt has one obstacle in his way a fence. That does not stop him from jumping the fence and join us in our immersion assembly. 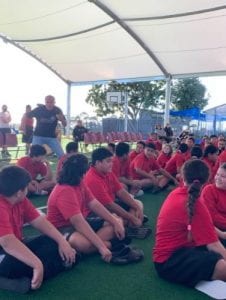 Today I learned about the Dark and how the light from street lamps get rid of stars. Please leave a positive comment on my blog.

Today we learned about verbs. Verbs are doing words, in this slide it teaches you about past verbs present verbs and future verbs! Please leave a positive comment on my blog.

Today we had to make a poster about either mouth, space or body I did body.

Today we investigated our class forearm lengths. My friends and I answered the questions. Please leave a positive comment on my blog.