This is a reading task about the invasion of Ukraine. I read the article and watched a video to answer the questions throughout the slides.

This is a character description.

He was wearing a burnt and cut jacket. While holding his sharp machete. His red and white ski mask used to scare his prey. His dark dark eyes stare you down until you freeze to fear. He weighs about 95 kg and his height is about 6’4. If you ever see him you run while you can! 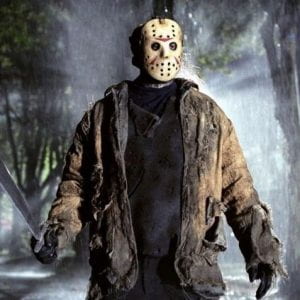 Today I learned about the Dark and how the light from street lamps get rid of stars. Please leave a positive comment on my blog.

Today we learned about verbs. Verbs are doing words, in this slide it teaches you about past verbs present verbs and future verbs! Please leave a positive comment on my blog.

Today we had to make a poster about either mouth, space or body I did body.

Today we investigated our class forearm lengths. My friends and I answered the questions. Please leave a positive comment on my blog.

“We have been exploring for days now, we have found extra terrestrial cave. We have proof that it is not a natural by the marks on the rocks and how it looks like the roof was held up and the rocks on the floor have fallen down on top of nice and smooth rock. The questions here though is where did the creatures go? What happened to them? Are they still here? Well i’m going to find out and it might change human evolution.

This so called “cave” has actually turned out to be some sort of alien or big creatures home (my moneys on alien) and if you think about it what if it comes back and wants it back. Well we’re all dead meat. We have been given help by the government to keep people out, because you know it’s like world famous and people have started to talk about how it might be the eighth wonder of the world. One of the things is we got here by accident my friends and I were traveling to America for study, instead we flew into a storm it was crazy. But that’s a story for another time, we crashed onto a island not on the maps and there weren’t many survivors but the people who did were my friends so we went to go find some reception until we found this cave.

The cave was magical and humongous it gave us 2 bars of internet enough to make a call and know we pretty much live in this cave but it all changed when the ground started to shake, the wind started to rumble, the clouds started to move in front of the sun, the floor opened up and swallowed us whole. It turns out it wasn’t an alien so…anyways it was a unearthly and spectacular sight it had a luminescent and eerie glow to it. Well me and my friends were starting to feel like it was the end of us. We just had a mesmerizing stare, it was scary because we couldn’t stop looking at the creature it was like it had some enchanted power. It just stared at us with its to eyes which were on long tentacle like antennas, it was just a little bit shorter and thinner than the cave. But it just stared at us it didn’t move it didn’t speak it was just there. The next thing I remember is that i’m awake and i’m in a hotel and now I think i’m going mad.”

“Well that’s all we have for this weeks therapy session I hope you have a great weekend.” “Thanks doc I think i’m gonna catch up with my friends to see if they have the same sort of dream”. *packs his stuff and walks out of therapy. Says goodbye to reception and drives home.

Walking down dark and eerie streets is not very appealing. Suddenly, a slimy sharp toothed person jumps into my face and I try to fight it off but it won’t leave. So I rolled over and smacked it and because of that it bit me. My hand is bleeding all over the wall, the pain in my hand hurts so much I will never be able to use it again. Dark thoughts start to cross my mind bad ones but I just need to keep fighting them. I hear my name then everything fades to black.